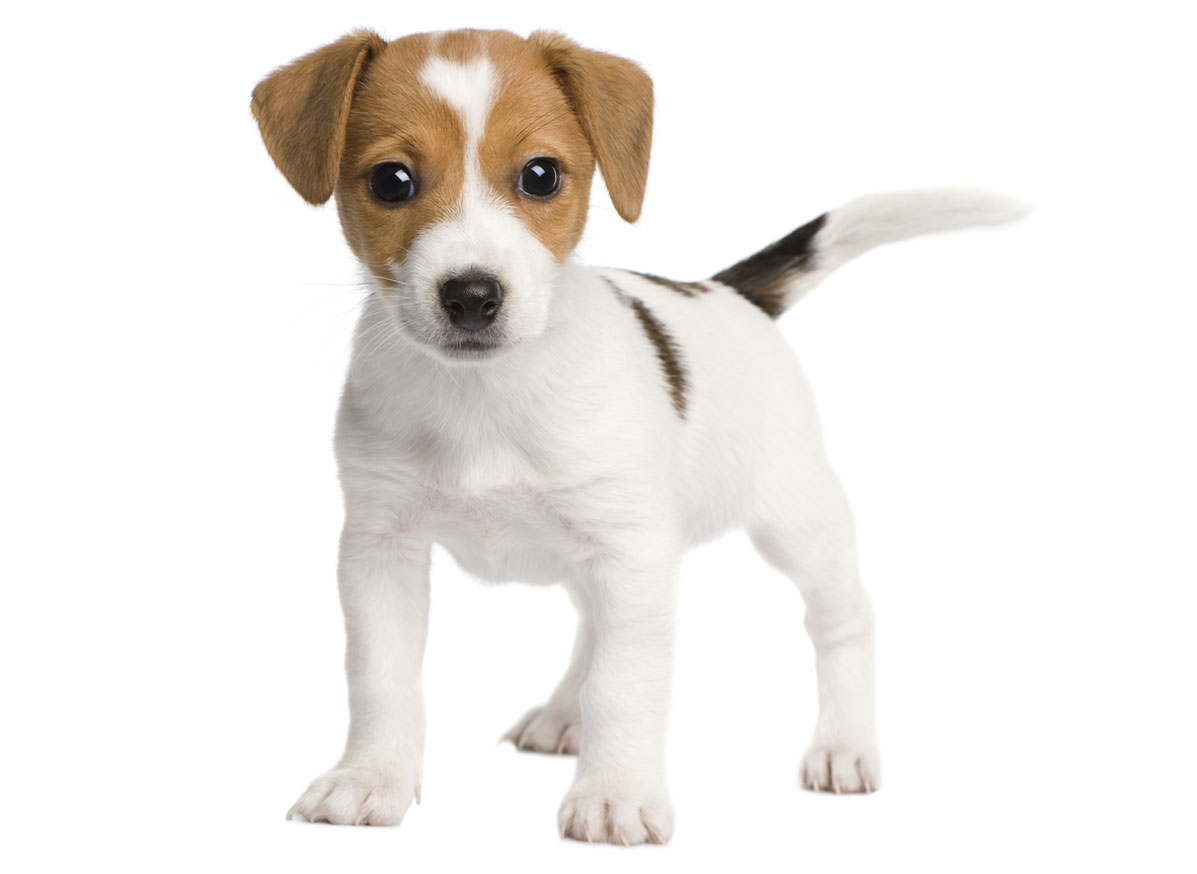 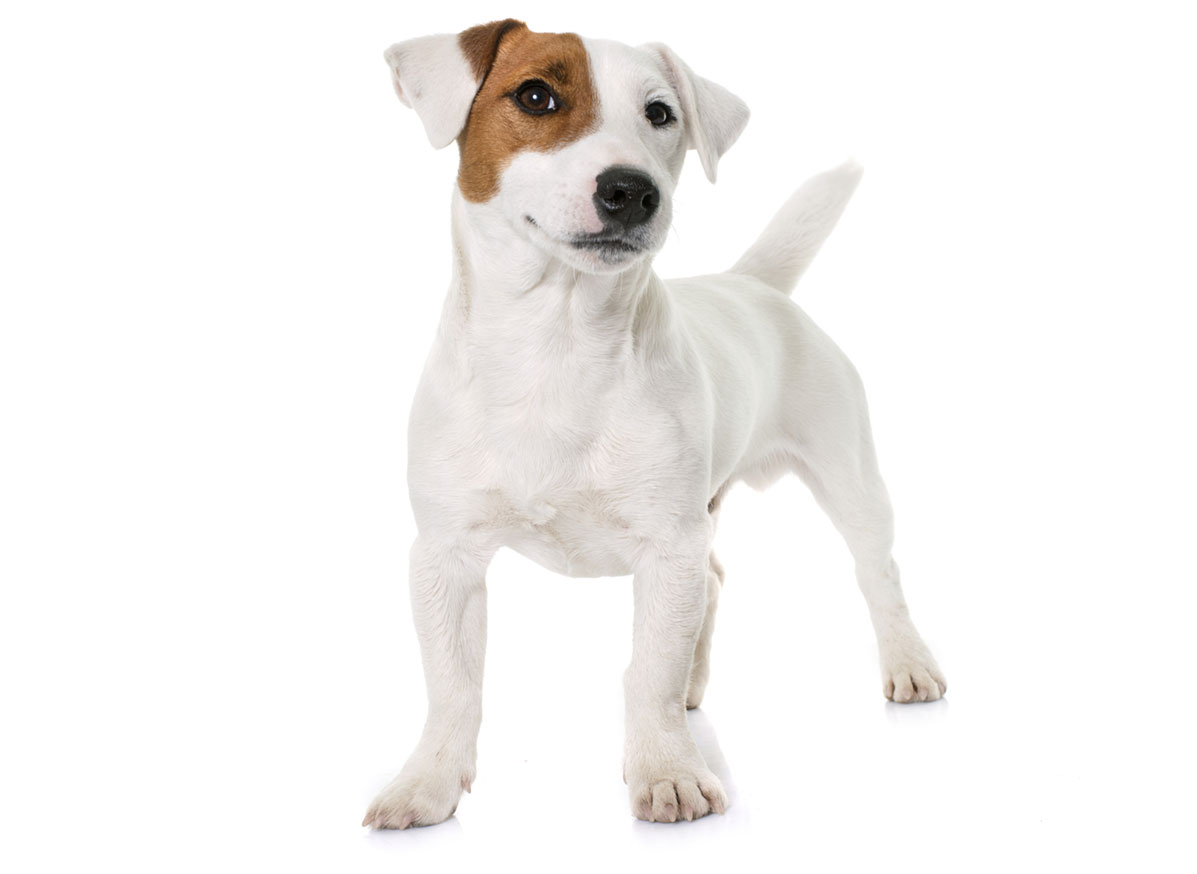 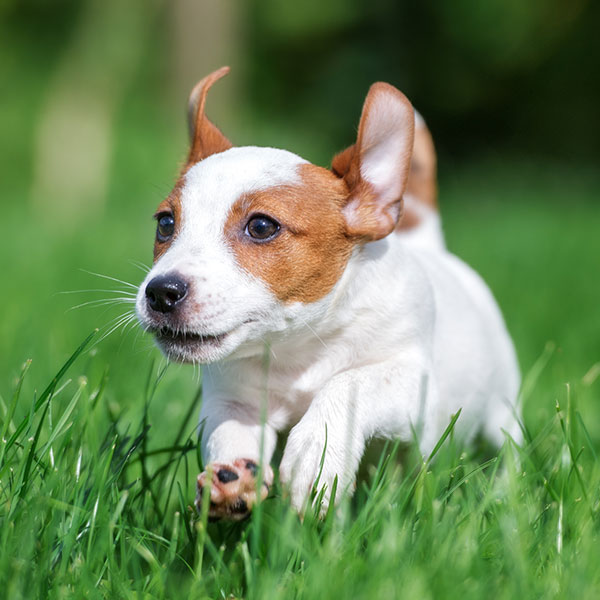 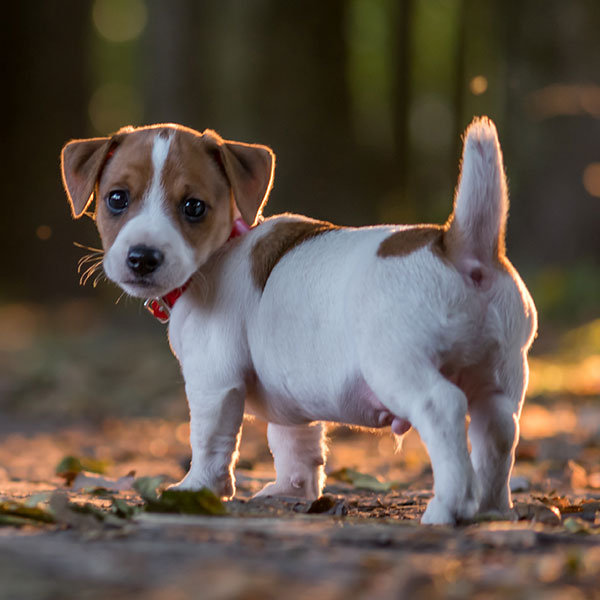 Questions about Jack Russell Terrier puppies for sale in New York? We have answers.

Where did these New York Jack Russell Terriers for sale originate?

Just across the Atlantic, in early 19th-century England. So the legend goes, a university student named John “Jack” Russell bought an English White Terrier from his milkman. Later, the then Reverend John Russell bred Jack Russells for use in fox hunts, their long legs giving them speed and their white coats making them easily distinguishable from prey.

What will training that New York Jack Russell Terrier for sale be like?

Given a Jack Russell's high intelligence and strong work ethic you would think it would be easy. But while highly trainable, any of the Jack Russell Terriers for sale New York breeders offer is apt to be a bit stubborn. So it's best to keep the training sessions short and avoid any negative training techniques. With patience (and a few treats!) a Jack Russell will obey.

How much exercise do these Jack Russell Terrier puppies for sale in New York need?

As they're high-energy canines, any of the Jack Russell Terriers for sale in New York will need considerable exercise. It's good to get them out for daily hour-long walks -- which they'll tackle with speed and enthusiasm! It doesn't stop there, as Jack Russells love to romp around (and dig up) yards, as well as being up for any indoor playtime you might have in mind.

What food do you recommend for Jack Russell Terriers?

All of that energy they burn needs to be fueled by protein. If you go the kibble route, which many veterinarians recommend for dental hygiene, choose dry food with a high fish, chicken, or beef protein content. If you're a proponent of raw or wet food diets, just make sure your Jack Russell is getting the same needed protein.

No. The Jack Russell Terrier puppies in New York featured on our site are purebreds, descended from a long line of other Jack Russells. You get a designer dog by combining two different purebreds. For example, if you dim the lights and put on romantic music for a Jack Russell and a Chihuahua you'll end up with an adorable Jack Chi!

Just browse the pups on the site, perhaps with a focus on the Jack Russell Terrier puppies for sale New York breeders and businesses list. When that special pup piques your interest, contact the breeder. They'll be happy to answer all of your questions. When you're ready, next talk about transportation, and before you know it that pup will be in your home!

Is the cheapest Jack Russell Terrier for sale New York has available through Uptown Puppies?

No, we would never seek that dishonor, which belongs to puppy mills and backyard breeders. Our expert Jack Russell Terrier breeders in New York and across the country meet the highest standards in professional breeding and humane canine care. To meet this high level of care they charge fair prices. And "bargain" pups can cost you later with veterinary bills!

So what is a backyard breeder exactly?

In stark contrast to the professional New York Jack Russell Terrier breeders in our network, backyard breeders are amateurs who breed dogs with very little training, planning, or effort put into the puppy's care. These dangerous dabblers contribute to the problem of overpopulation and often produce pups with significant health issues.

Yes. But you should keep in mind that Jack Russells can be feisty. While that's great for playing with older children, you need to make sure a Jack Russell isn't rough with toddlers. That said, on-the-go Jack Russells love the mental and physical stimulation that comes with living in a full and active family.

So why wouldn't I just get a free Jack Russell from a shelter?

As dog lovers, we champion the work of reputable shelters. We're just different. For example, any Jack Russell Terrier New York shelters have may be something of a mystery in terms of health and behavior. While the Jack Russell Terrier breeders New York has that make it into our network offer exhaustive information about the puppy you plan to welcome into your life.