Rottweiler Puppies for Sale in Orlando FL by Uptown Puppies 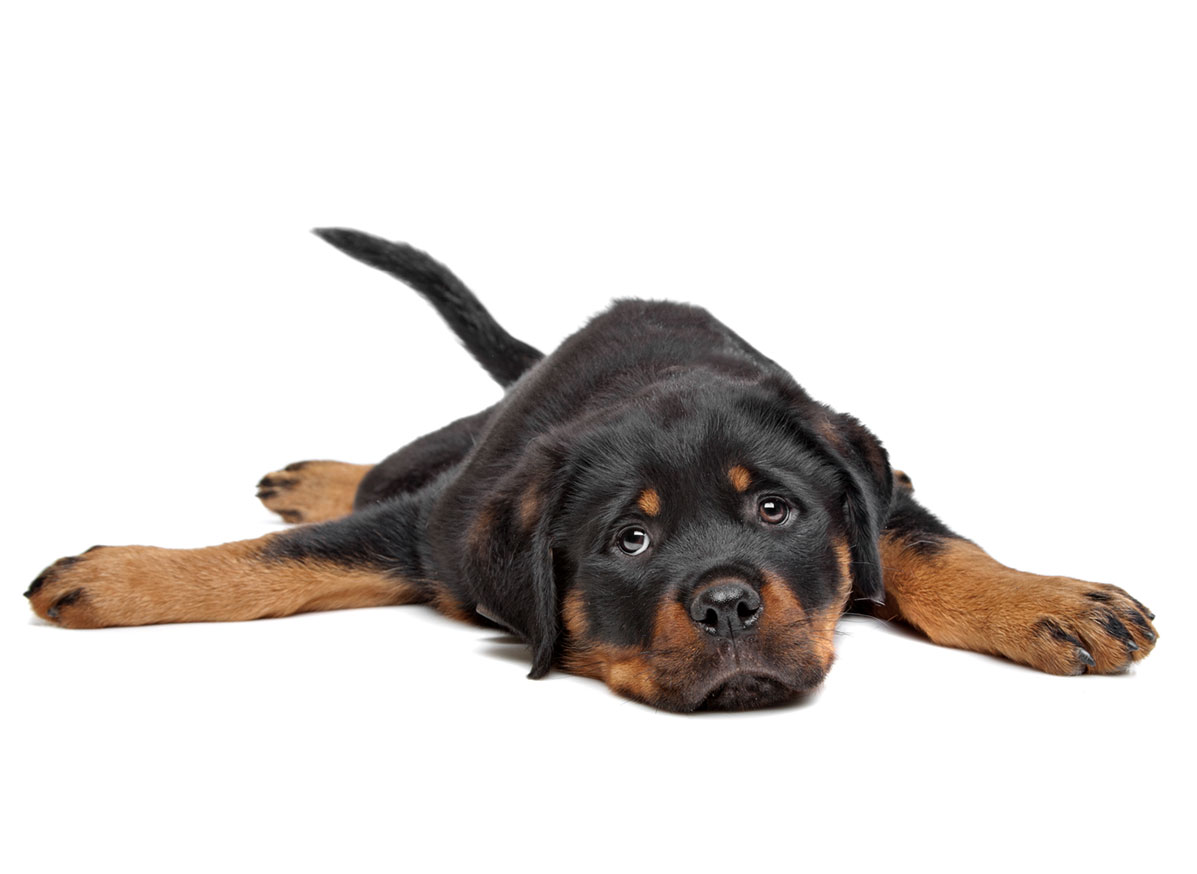 Rottweilers remain one of the most popular dog breeds in the world thanks largely to their tireless work ethic and fierce loyalty. These gentle giants sometimes get a bad rap, but the fact is that they’re loving companions to kind, loving owners. 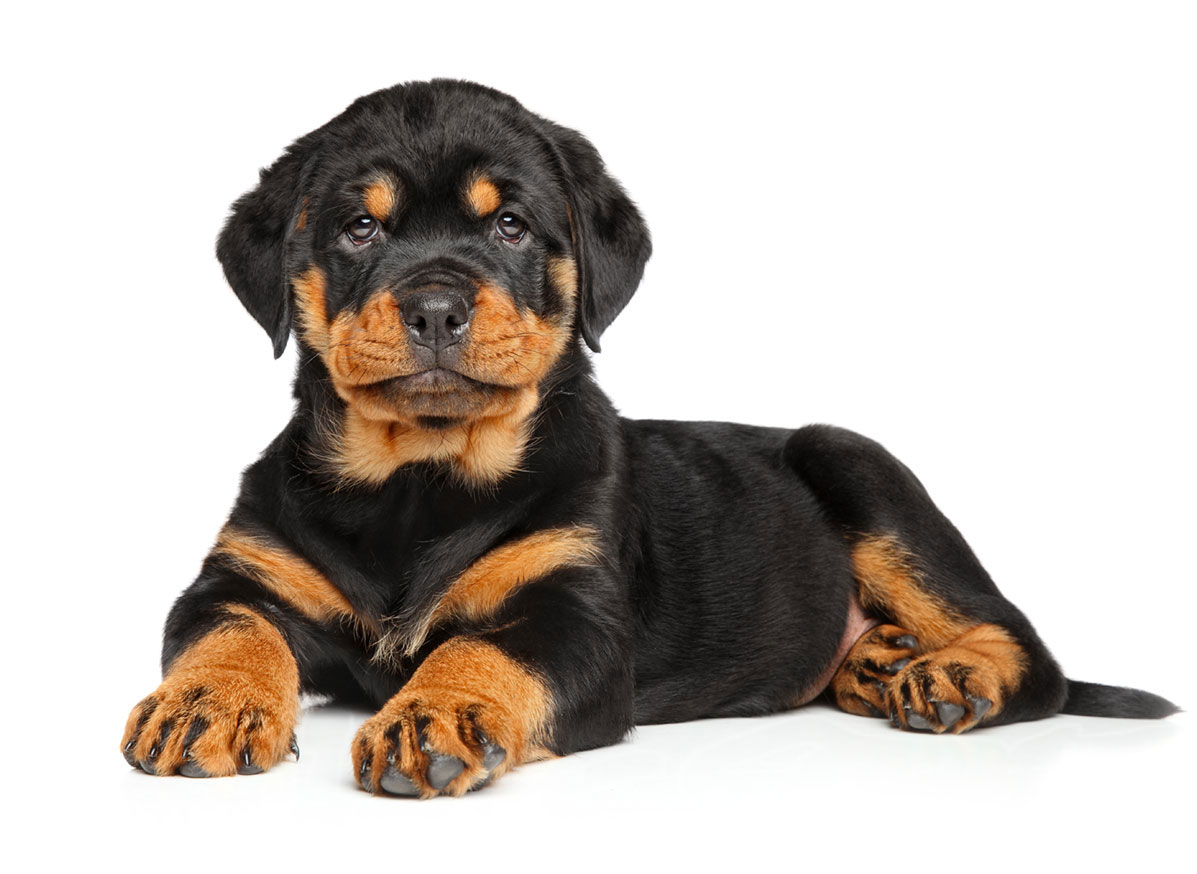 Rotties are wary of strangers but fiercely loyal to their family. These dogs are strong and noble protectors for their loved ones.

Rottweilers are happiest when they have a job to do—the happiest Rotties are ones who are regularly engaged.

Rottweilers are gentle giants to their family, but their scary appearance and natural alertness may help safeguard your home and family.

Rottweilers shed moderately, but have coats that are super easy to groom and maintain, unlike some other breeds.

Rottweilers are both athletic and intelligent, making them ideally suited to roles as police, search and rescue, and therapy dogs.

With the right training mindset, your puppy Rottweiler will become a beloved and protective member of your family!

Finding the perfect Rottweiler puppy has never been easier. 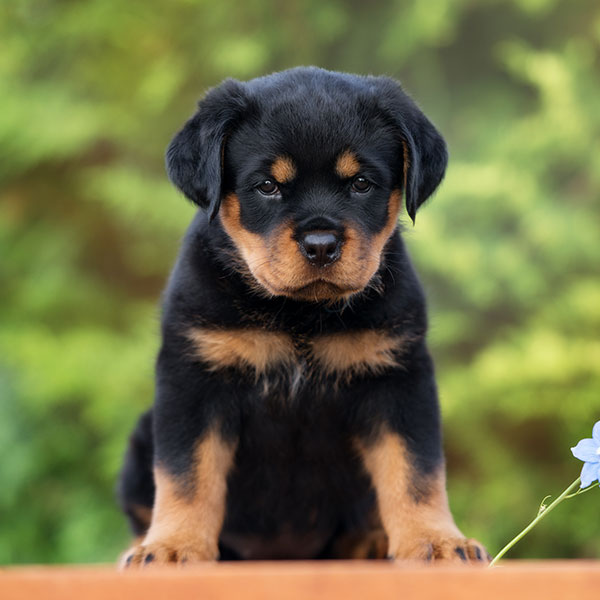 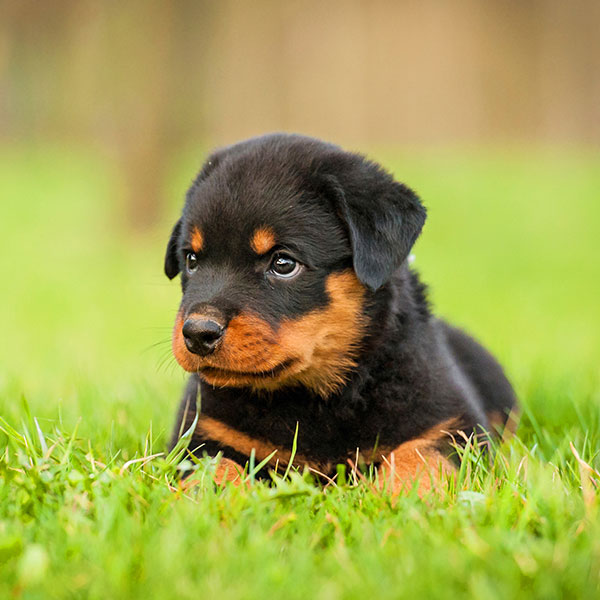 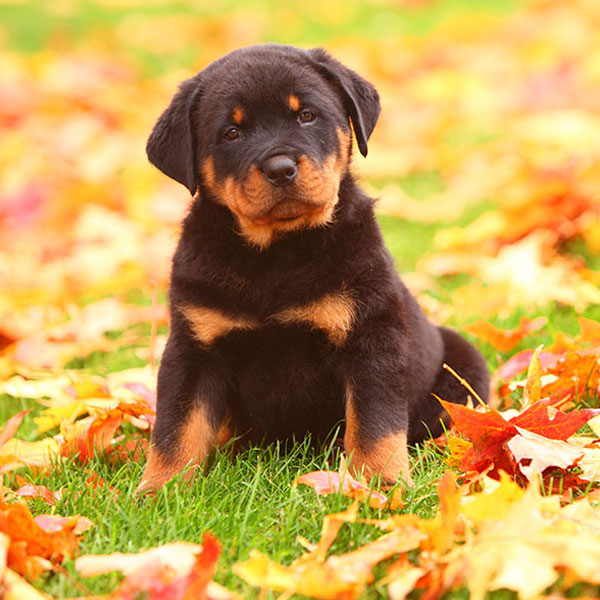 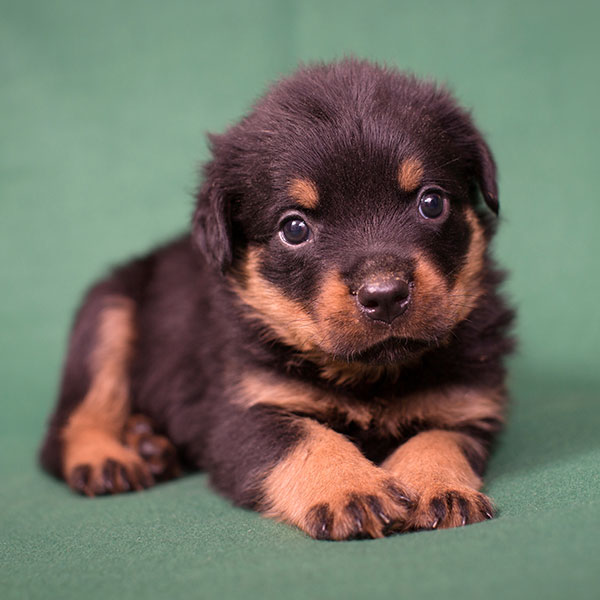 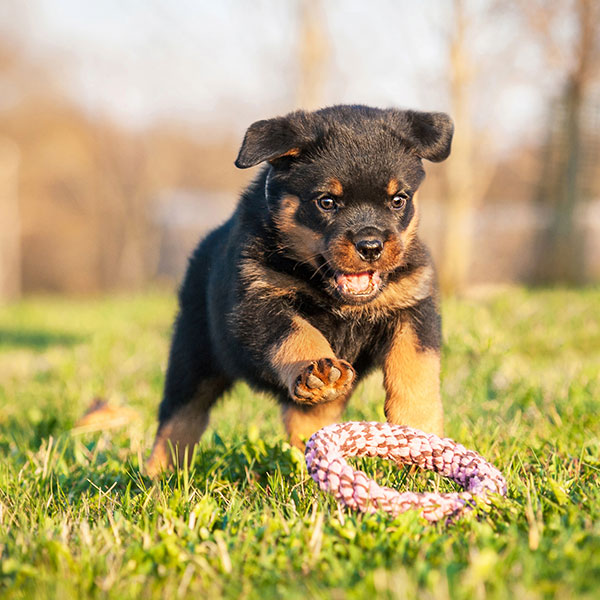 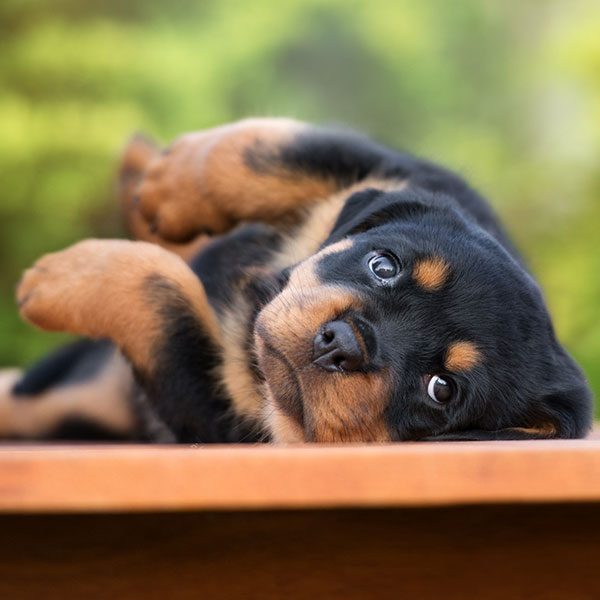 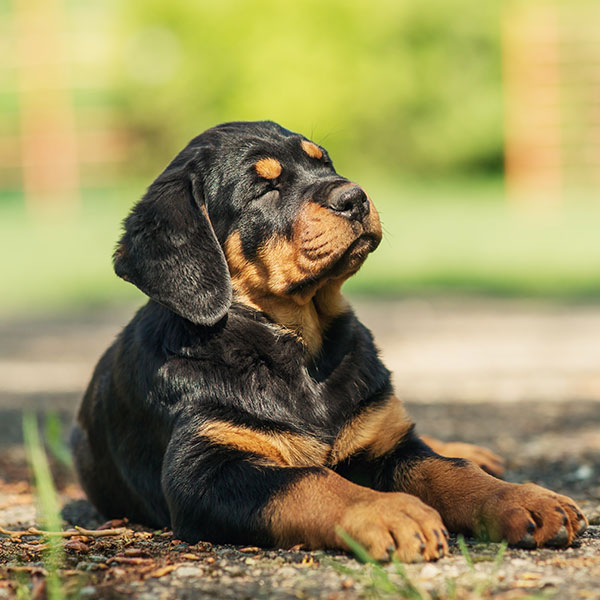 We only work with Rottweiler breeders who pass our 47 breeder standards. Here are a few of them...

Questions about Rottweiler puppies for sale in Orlando FL? We have answers.

How much are Rottweiler puppies for sale in Orlando FL?

Rottweiler puppies in Orlando come at many different prices. It all depends on where they come from (breeder and business experience and location), as well as their lineage, gender, coat color and markings, and whether or not they’ve already had their shots. At Uptown Puppies, there is such a big selection of Rottweiler puppies Orlando at many different prices you can afford!

Am I limited to choosing local Rottweiler puppies?

If you have spent hours searching for Rottweiler breeders in Orlando and businesses, as well as Rottweiler puppies for sale in Orlando, you’re most definitely in luck! Uptown Puppies offers you the opportunity to connect with breeders and businesses from all over the US. Find your perfect out-of-state Rottie pup, and they’ll easily fly it over to you!

Are Rottweilers happy living in apartments?

In general, Rottweiler puppies for sale Orlando need a lot of space to play, and might end up chewing a lot of furniture if they don’t have enough toys to play with. If your only option is to raise a Rottweiler Orlando in an apartment, then it has to be taken out for many bathroom breaks and opportunities to run and play in the park.

Why is Uptown Puppies so popular?

So many people use Uptown Puppies because we’re known for connecting people with only authentic Orlando Rottweiler breeders and businesses who sell Orlando Rottweiler puppies for sale that have been truly cared for! These pups have their health in check, have had enough room to play when small, and are happy and ready to become part of your family!

Unfortunately, in life, you have the good and the bad, and puppy mills are one of those places that are bad. Rottweilers for sale in Orlando are born in bad circumstances where the minute they’re big enough, they get sold. Once all the puppies are sold, the Rottweiler breeders Orlando and businesses in charge start breeding their mothers again. It’s very sad indeed!

Are there any Rotties currently available?

There sure are! Remember Orlando Rottweilers for sale are some of the most popular dogs in America, and many people are really excited to get one! You just need to begin your search process with Uptown Puppies to end up with the Rottweiler for sale in Orlando that you’ve always wanted. Get started before someone takes the pup you really want!

Rottweilers for sale Orlando need at least 2 hours of exercise a day, so if you lead an active lifestyle and are an avid runner, take your Orlando Rottweiler for sale with you to exercise. Before you do this, it’s really important to get them socialized with other people and pets first. Then feel free to get fit together. It’s also a great idea, as Rottweilers can easily put on weight!

The Rottweiler for sale Orlando is a big dog that people don’t mess with! It’s large and heavy weighing up to 130 pounds! It stands tall at 27 inches at the shoulders, and is midnight black with tan or mahogany markings. The longest it lives is 11 years! It’s a gentle protector that’ll love you till the end of time!

Which famous celebrities own Rottweilers?

Since Rottweilers in Orlando are super popular, it’s no wonder a whole bunch of A-list celebs own or have owned them, such as singers Robbie Williams, Bruno Mars and Miley Cyrus, as well as actors Leonardo DiCaprio, Will Smith (he owns four!), Hayden Panettiere, and TV X Factor personality Tulisa Contostavlos.

What movies have Rottweilers starred in?

There are many movies out there where Rottweilers Orlando appear (more than you think!). These movies include 1989’s cult classic National Lampoon’s Christmas Vacation, 1992’s Candyman, 2000’s Mercy, 2003’s Intolerable Cruelty, 2004’s Rottweiler, 2013’s The Mortal Instruments: City Of Bones starring Lily Collins, and many more, including TV shows! 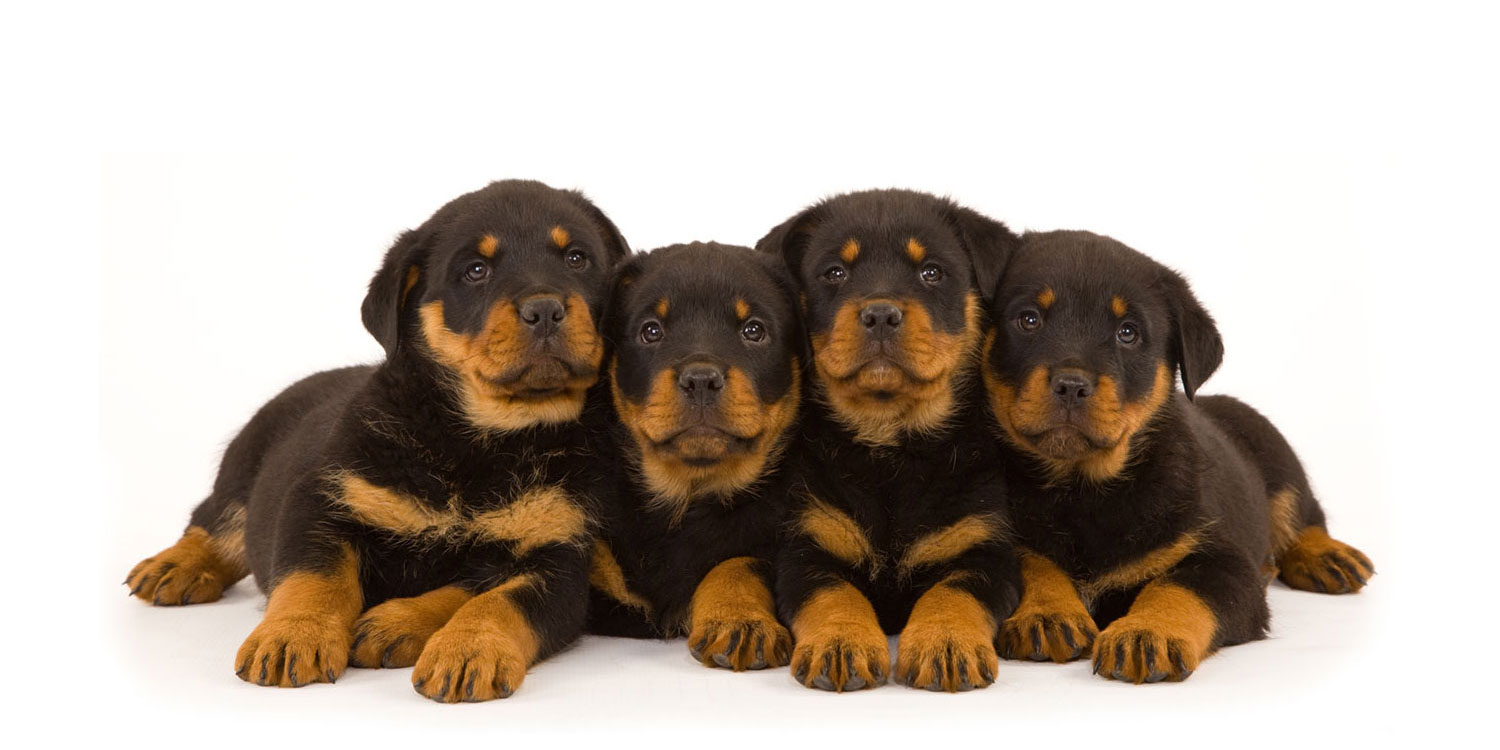