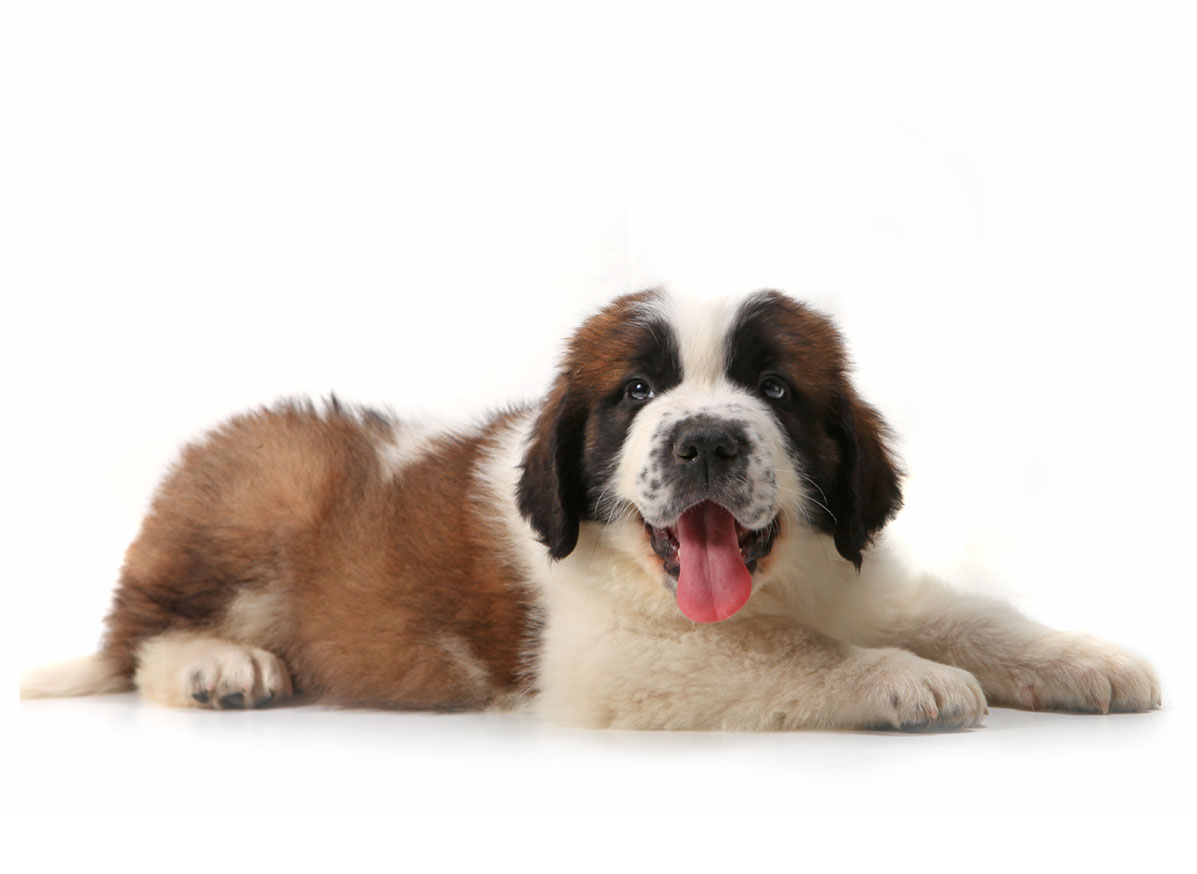 Saint Bernards were bred to brave the frigid Alps, protect their owners, and rescue avalanche victims. These incredible dogs are friendly, warm, hardworking, and will make your family feel complete! 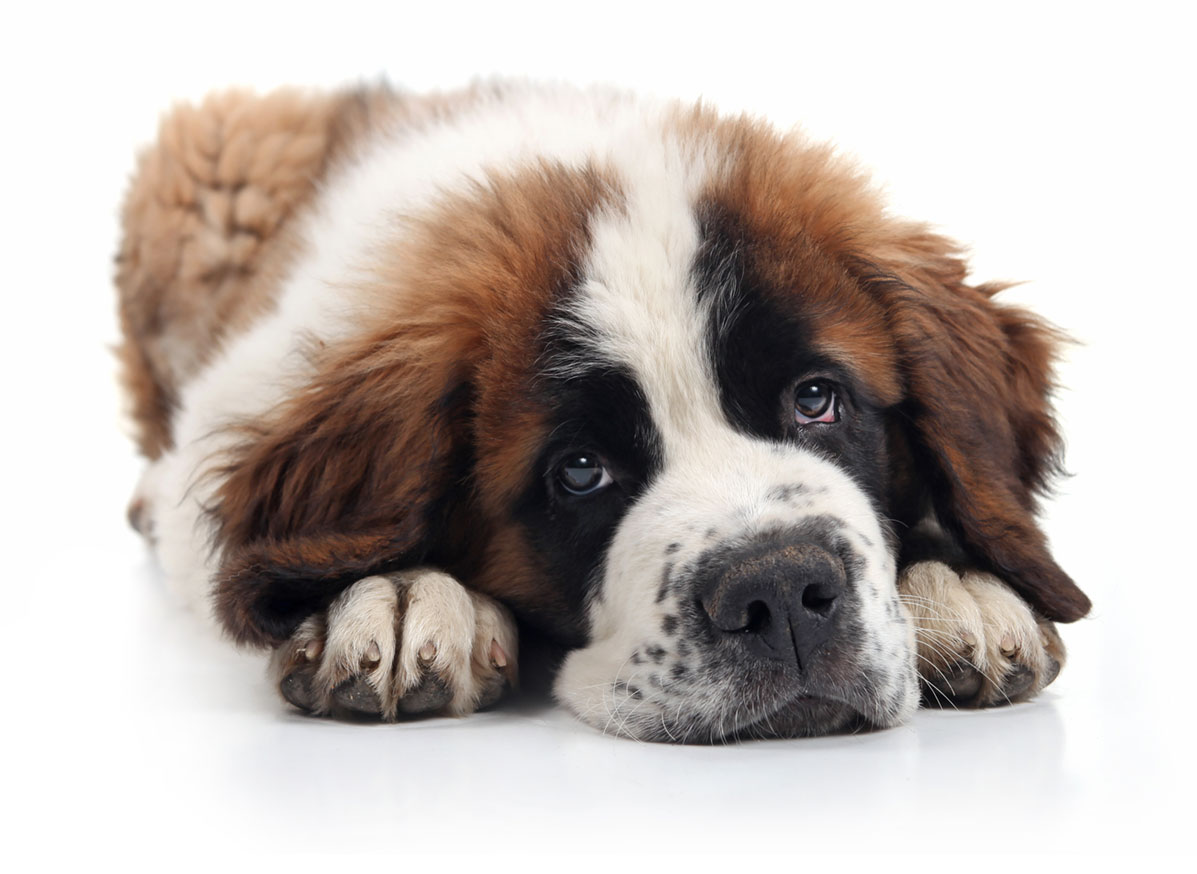 Saint Bernards were bred to be many things, and one of those roles was to be an exceptional watchdog!

Saint Bernards are extremely hardworking dogs who do best when given a job or task to do, whether by training or with an actual job.

Built for the Cold

Saint Bernards are gentle giants, and make fantastic companions for people and pets of all shapes and sizes.

Saint Bernards were originally bred to rescue lost travelers and avalanche victims in the Swiss Alps, making them super smart!

Despite their size, Saint Bernards are patient and friendly pups who make excellent (if oversized) companions for children. 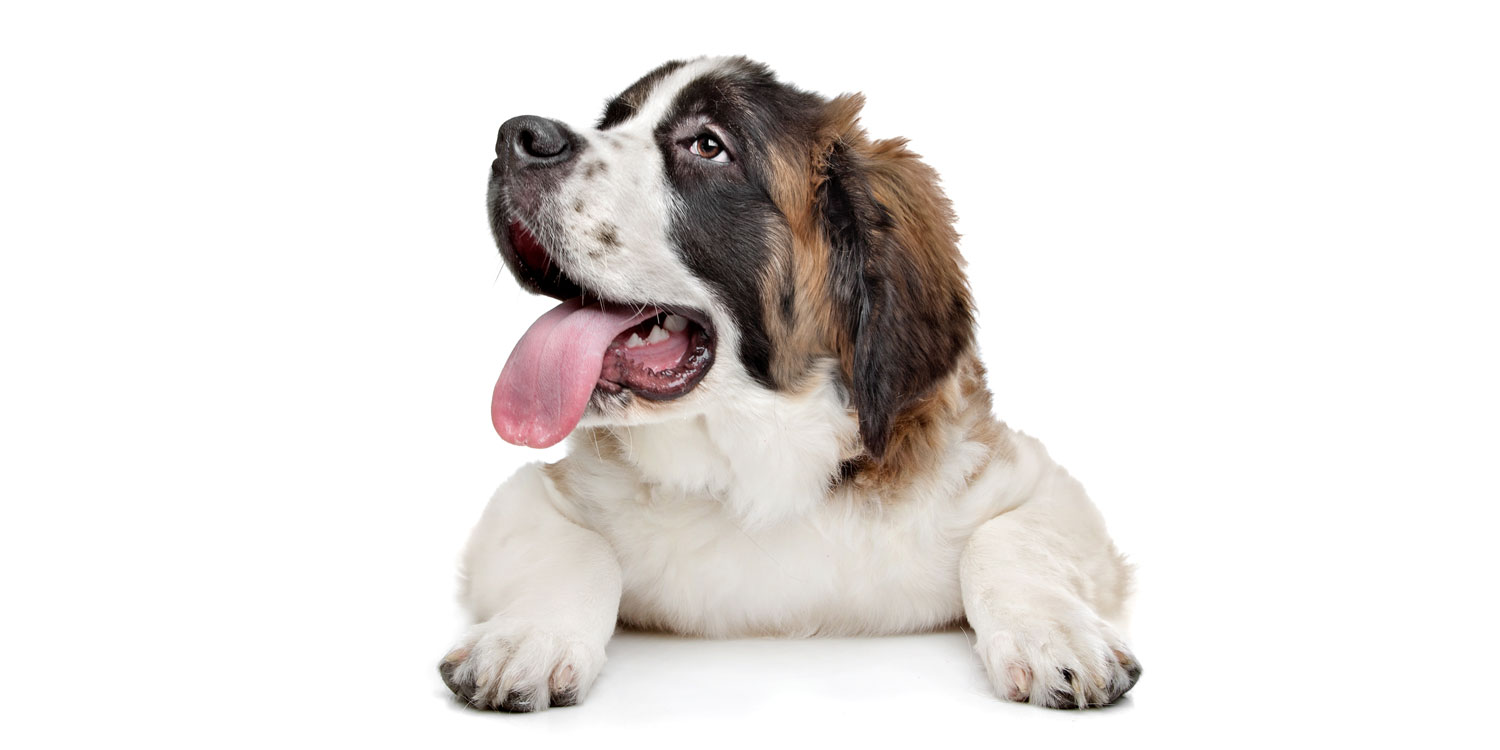 Finding the perfect Saint Bernard puppy has never been easier. 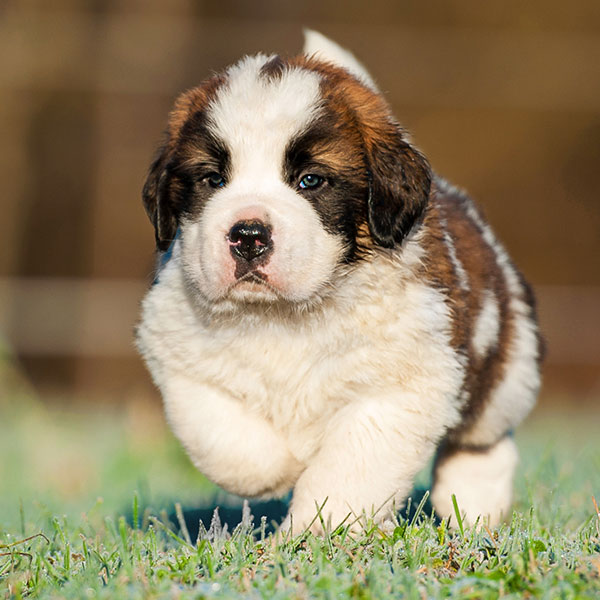 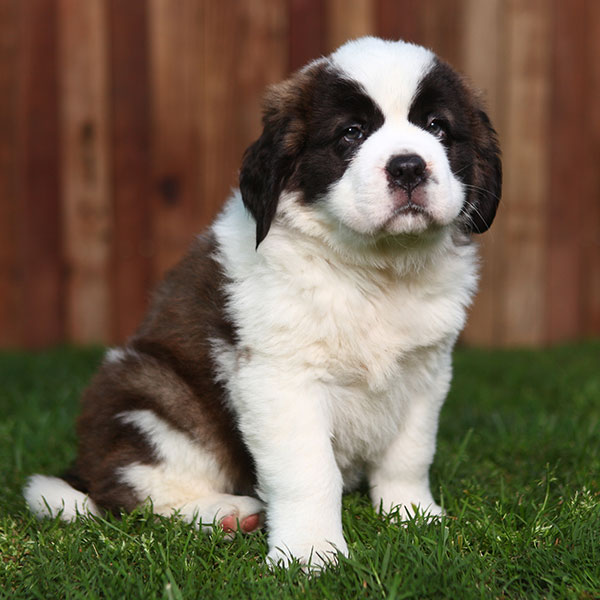 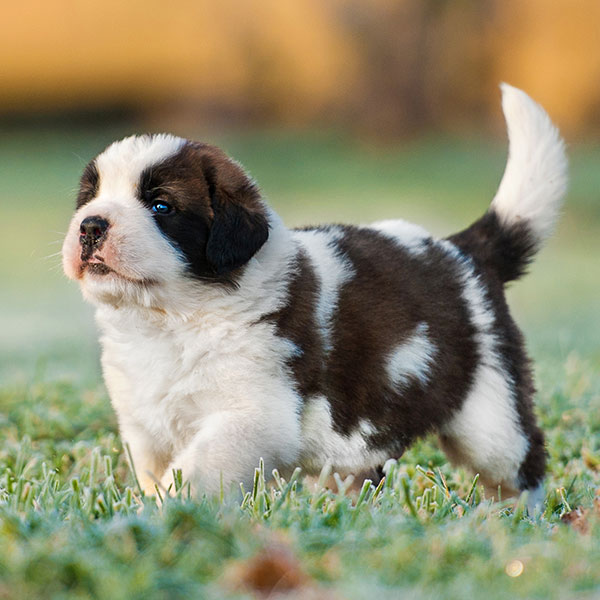 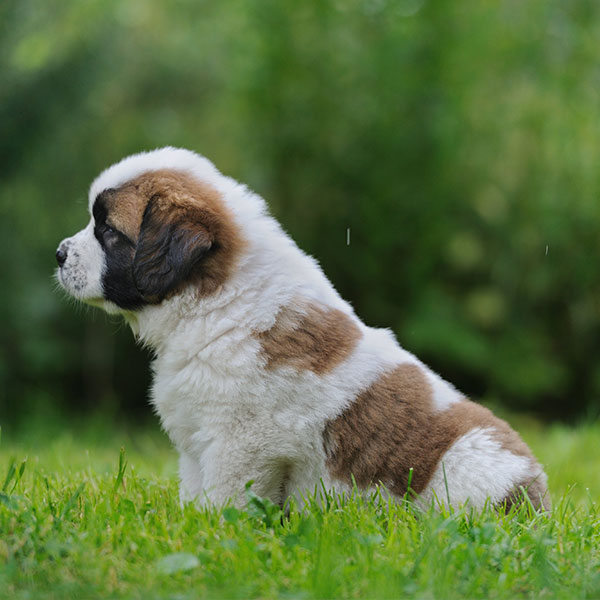 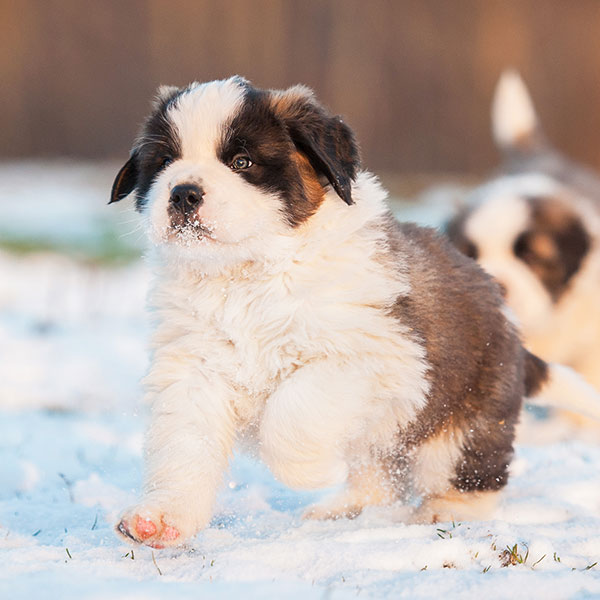 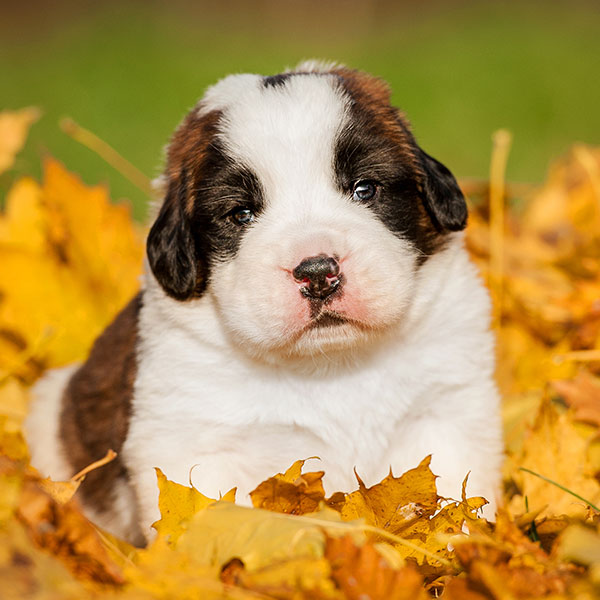 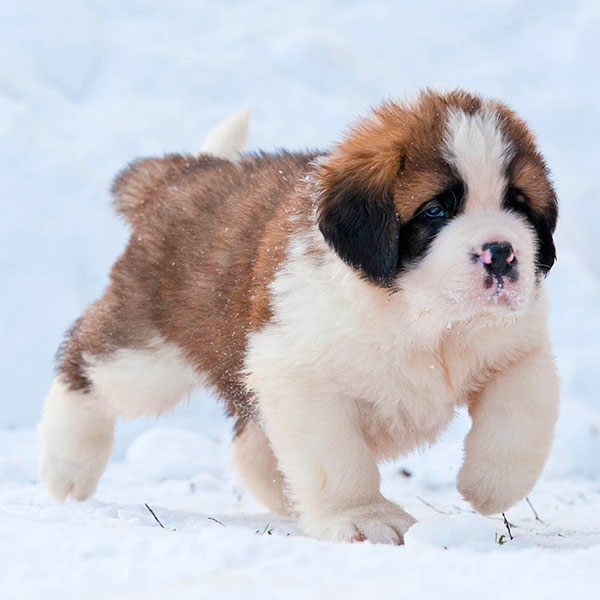 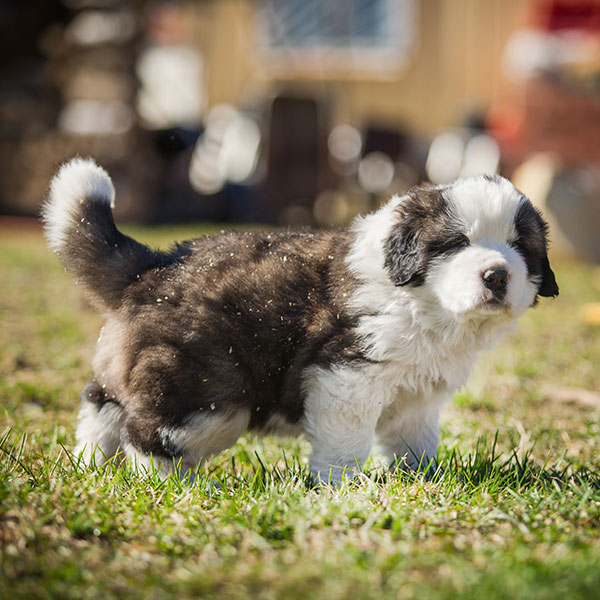 We only work with Saint Bernard breeders who pass our 47 breeder standards. Here are a few of them... 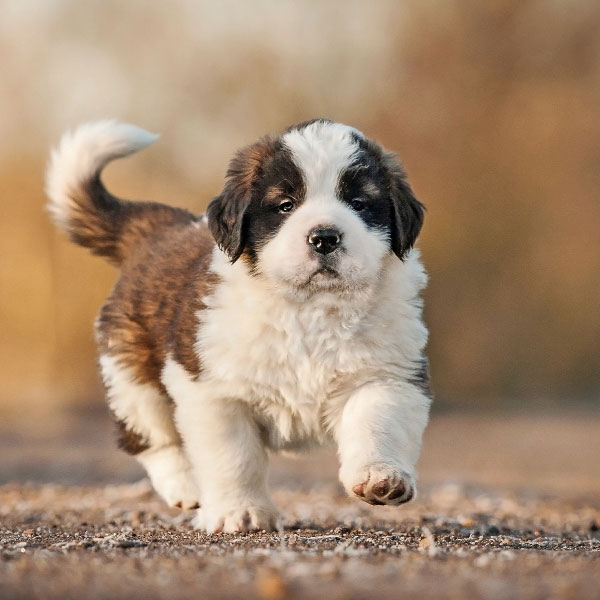 Questions about Saint Bernard puppies for sale in New York? We have answers.

How much are St Bernard puppies for sale in New York?

What can I expect from the average St. Bernard puppies?

Saint Bernard puppies for sale in New York are rather large pups that grow into massive Saint Bernards in New York. They need owners that are able to walk them every day for at least an hour, and are able to provide a large space for them to live in. They’re smart dogs that are very friendly by nature.

How does Uptown work?

First, take a look at our selection of Saint Bernard puppies for sale New York that all the Saint Bernard breeders in New York, businesses and companies in our network have on offer. Then choose the pup you want, and talk with its breeder or business. Soon, your new puppy will be on its way to you where a whole new set of adventures will begin.

How does Uptown Puppies view transparency when it comes to breeding puppies?

Depending on where you reside, you may not have the opportunity to locate purebred Saint Bernard puppies in New York at a pet store. At Uptown, transparency is very important to us. You’ll be able to relax, knowing that all the New York Saint Bernard breeders, businesses and companies in our network are all qualified and vetted!

Do you sell the cheapest puppies?

The Saint Bernard breeders New York, businesses and companies that are connected to Uptown don’t make it their mission to offer the “cheapest” New York Saint Bernard puppies for sale. Rather, what’s important to them is to make their pups’ lives really comfortable by bringinging them up in the best breeding facilities and being there for you each step of the way!

How do I know that my puppy will be healthy?

The breeders and businesses in our network perform thorough health checks for all their Saint Bernard puppies New York. They make sure that every part of their health is checked, from their teeth and mouths, ears and eyes, skin and fur, to their cardiovascular, respiratory, and gastrointestinal systems. However, when you receive your Saint Bernard for sale in New York puppy, you must take it to the vet ASAP to make sure its health is 100%.

Is it enough to walk my dog, or do they need more exercise?

New York Saint Bernards for sale may be really large, but they don’t require excessive exercise. It’s important for you to train them and give them tasks and jobs to do as they enjoy this. They must get their daily walks for at least an hour, and have playtime as well. If you have a large backyard, Saint Bernards New York don’t necessarily need to go to the park that often.

Do you recommend specific food for my dog?

Your New York Saint Bernard for sale is the kind of dog that needs to eat A LOT of food each day, and you need to keep that in mind. There are many different brands available for it - just speak to your local pet shop or vet, and they’ll guide you as to which are the best brands to go for. Keep your dog’s diet varied with both dry and wet food, as well as occasional treats!

What movies have I seen Saint Bernards in?

A Saint Bernard New York is a dog that’s appeared in a number of Hollywood movies such as the Beethoven movie series, which did particularly well, especially in the ‘90s. Cujo was an ‘80s movie about a killer Saint Bernard that had rabies based on the Stephen King novel of the same name!

What are strong names I can use for My Saint Bernard?

Your Saint Bernard for sale New York is going to grow into a massive dog, even though it’s really gentle. You may just want to use a very strong and powerful name for yours. Strong names to use are Goliath, Hulk, Zeus (like the Greek god), Titan, King, Maximus or Hercules, as well as Queen and Gaia (Mother Earth) for female St. Bernards.