Home Insights The 14 Most Popular Dog…

The 14 Most Popular Dog Breeds of 2021: Old Favorites and New Faces 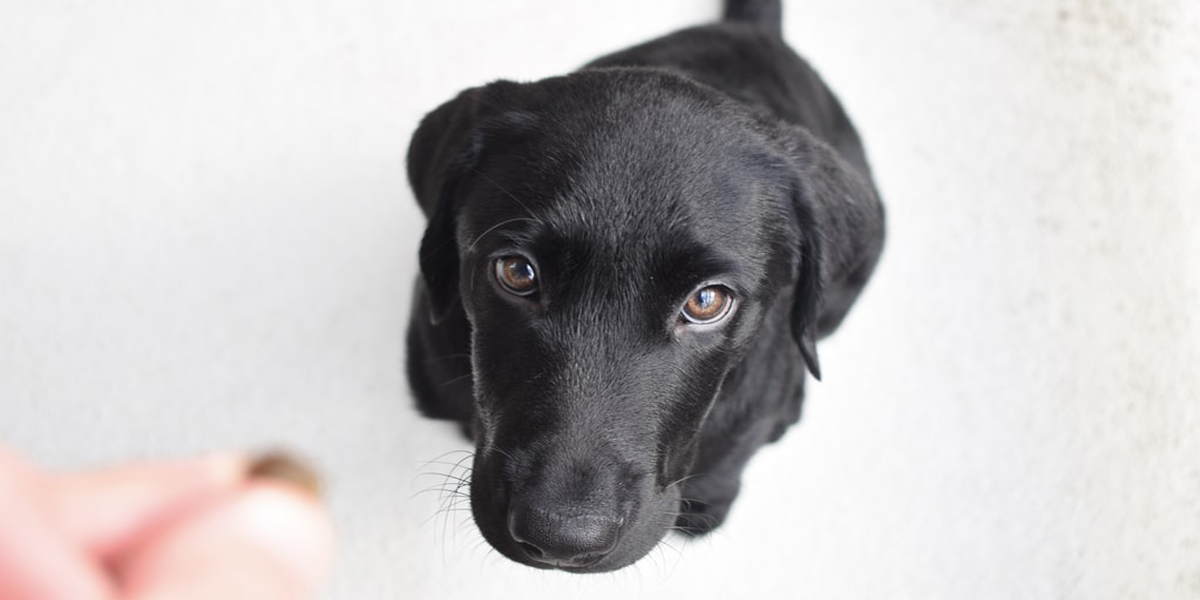 Dogs are the most popular pet in the United States. Fun loving, energetic, and smart, there’s a reason dogs are considered man’s best friend.

But some dogs are more popular than others. The 14 dogs on this list are the most sought after dog breeds out there. No matter which one you choose, you’ll get a loyal companion that will always have your back.

A blend of two popular dog breeds, Labradoodles have all of the traits you’d want in a dog. Their curly, puffy fur makes them one of the cutest breeds you can find. And their floppy ears and puppy eyes will bring a smile to your face whenever you see them.

Labradoodles are more than just a handsome package. They’re smart, loyal, and energetic dogs that love to play with humans and other dogs. They are extremely affectionate, and love to give you hugs and kisses to brighten up your day.

Another mix of two of America’s most popular breeds, Goldendoodles are arguably even better than Golden Retrievers or Poodles. Their curly blond locks make them stand out from other breeds, and their big eyes make you want to run up and hug them.

Goldendoodles have many of the same social traits as Golden Retrievers. They are very energetic and curious creatures, and they love to explore the world around them. They’re also extremely loyal, forming a strong bond with their family.

Labrador Retrievers are by far the most popular dog breed in the United States, and it’s not hard to understand why. They’re laid back, social, and smart dogs that fit in with just about any family.

Their big eyes and wagging tongue can melt your heart, and they always have enough energy to play. They’re loyal without being aggressive, making them one of the best dogs for families with small kids.

Behind Labs, Golden Retrievers are the second most popular dog breed in the country. They are some of the most energetic dogs you can find, with a friendly, social demeanor. They also have one of the most beautiful coats of any dog breed.

Golden Retrievers are the perfect family dog. They are protective of small children, but know how to be gentle. They form strong bonds with the whole family, and are easy to train.

German Shepherds are natural athletes, making them one of the best dog breeds for people with an active lifestyle. They love to run around and chase, and they can live in just about any climate.

German Shepherds have a bit of a mixed reputation as family dogs. Unfortunately, some are poorly trained and abused, which makes them aggressive. But if they’re adopted while young and properly trained, they are an excellent family dog and great with kids.

If you want a dog that will stand out, Huskies are a great choice. They’re about as close to a wolf as you can get, with a beautiful grey and white coat. They’re also one of the most energetic dog breeds out there, and are always game for a run or for fetch.

Although Huskies can be great family dogs, they are also quite stubborn. If you get a Husky, you should be prepared to train them right away. If they don’t get the right obedience training, they can be difficult to manage when they reach full size.

Dachshunds have one of the most interesting body shapes of any dog. Commonly called weiner dogs, they look like no other breed, with a long, tube shaped body and big, floppy ears.

There’s a lot more to a Dachshund than its body. These dogs were bred to chase badgers, meaning they have a great nose and high energy levels. They’re also quite smart, and need a lot of stimulation to prevent boredom.

Their size makes them a great choice if you have small children or live in an apartment with limited room.

These highly intelligent dogs were one of the original “designer” breeds. Along with their intelligence and calm demeanor, people love their long ears and fluffy fur.

They’re curious but still are great with young children and other animals. What’s not to love?

Poodles are probably the most distinctive dog breed out there. Their big puff balls of fur and lean, chiselled face truly set them apart from any other dog breed.

As you’ve probably realized by now, Poodle’s have a ton of great qualities aside from their looks. They’re often considered one of the smartest dog breeds, making them easy to train. They are also energetic and playful, so you’ll have to keep them engaged to prevent boredom.

A mix of Spaniels and Poodles, Cavapoos are a cuddly, beautiful dog breed that’s perfect for families. They have huge floppy ears and tightly curled fur, making them one of the cutest dogs you can find.

Cavapoos are also quite smart and curious, and love to explore the world around them. Since they tend to be pretty small, they’re easy to take around with you, and are a great breed for families with small kids.

Like Cavapoos, Maltipoos are pure bundles of fur and cuteness. They have large, beady eyes that make you want to cuddle with them all day. And their small size is perfect if you have limited space or small kids.

Maltipoos are smart, engaged dogs that love to run around and play. They need plenty of stimulation, but their small size makes them easy for elderly people to manage.

French Bulldogs are some of the most lovable and friendly dogs you’ll find. They’re scrunched up nose and wrinkled face gives them a distinct look that stands out from the other dogs on this list.

They are also extremely loyal, forming a close bond with their owner and never letting go. French Bulldogs are playful and alert dogs that love to run around and play, but still enjoy a good nap.

The long, shiny coat of Yorkshire Terriers makes them the prima donnas of the dog world. But these small dogs are about a lot more than just looks. They’re smart, proud, and loyal dogs that are great for families.

Yorkshire Terriers also have plenty of attitude. They can be quite stubborn, and they’re not afraid to stand up to other dogs. Although their small size makes them manageable, you should try to train them while they’re still young.

Cavalier King Charles Spaniels have long been a favorite of the British aristocracy and royal house. But these dogs have found a home with millions of people in the United States, making them one of the most popular family breeds.

Spaniels are very affectionate dogs, and they love the company of humans and other dogs. They are also very versatile, adapting to a wide range of different lifestyles.

If you’re active, they love to stay at your side. But if you just want to lie down on the couch, they’re happy to join you.

Whether you want a French Bulldog or a Husky, we’ve got you covered. At Uptown Puppies, we connect you with some of the best breeders and companies around using our puppy finder so that you can find your dream dog.

We only work with breeders who follow strict ethical standards while raising their dogs. That means that you’ll never get a dog from a puppy mill or backyard breeder. 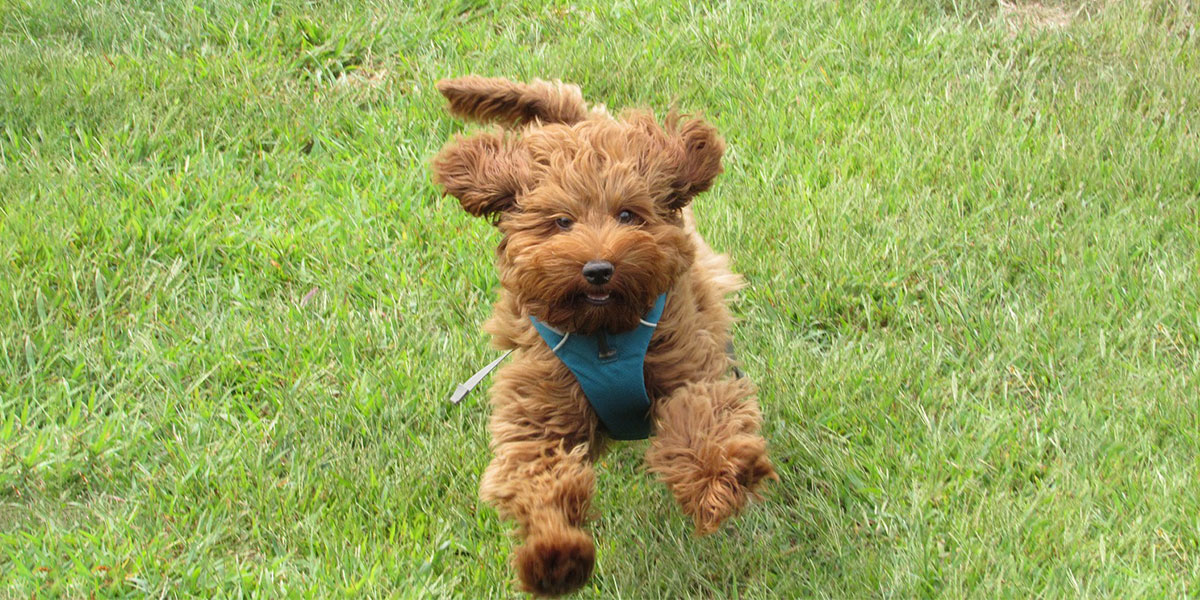 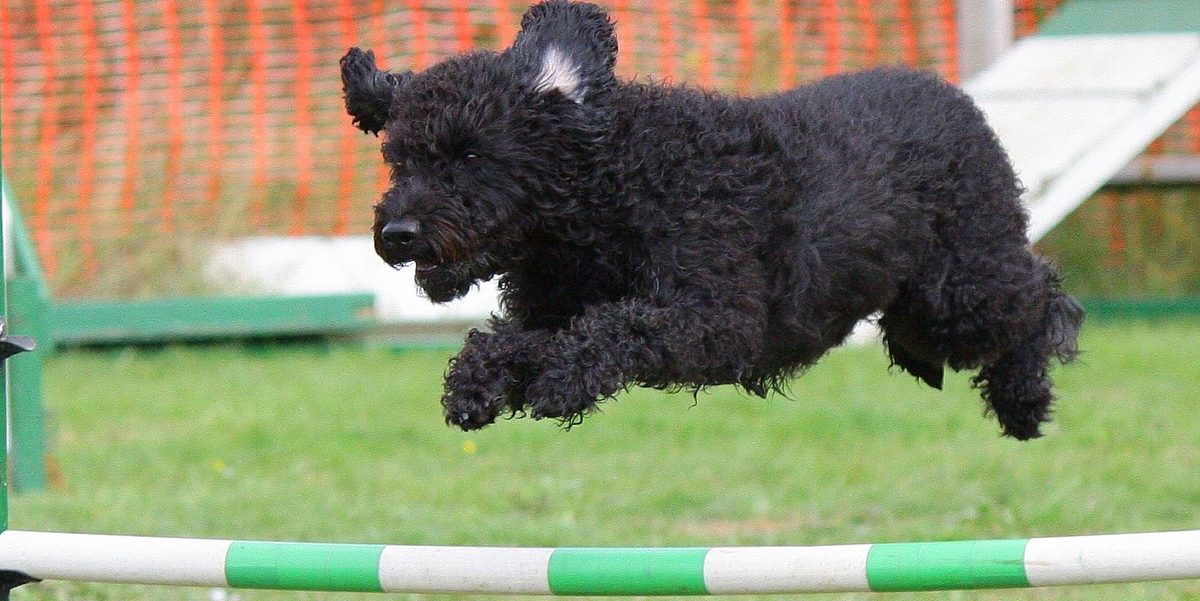 12 Dog Breeds That Are Easy to Train 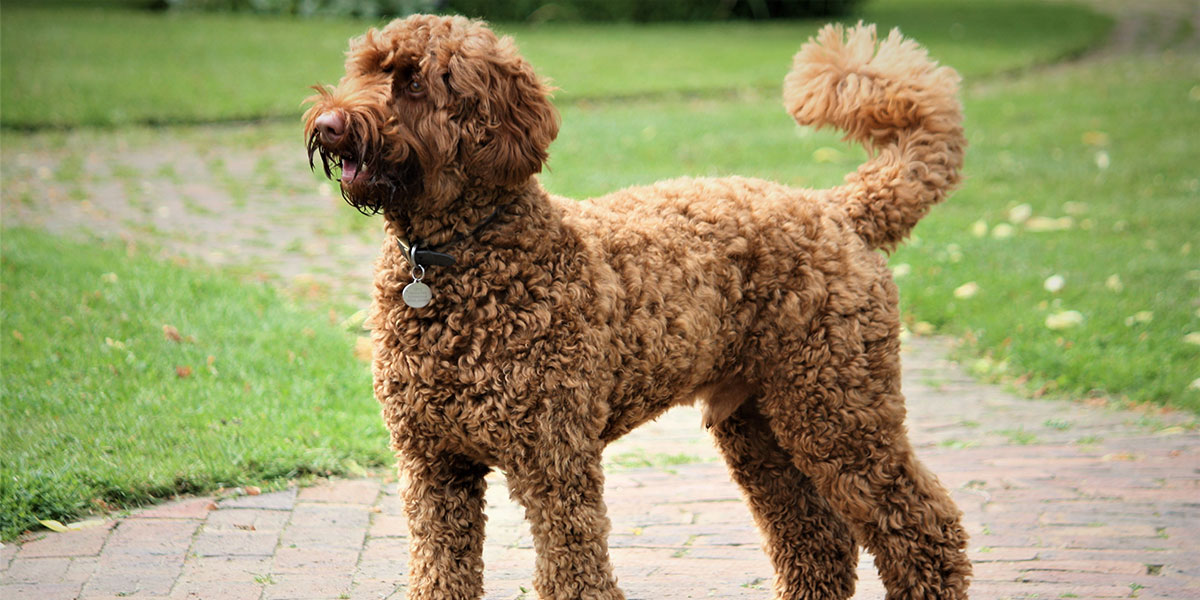 Want to Scare Off Intruders? These Are 5 of the Noisiest Dog Breeds Available 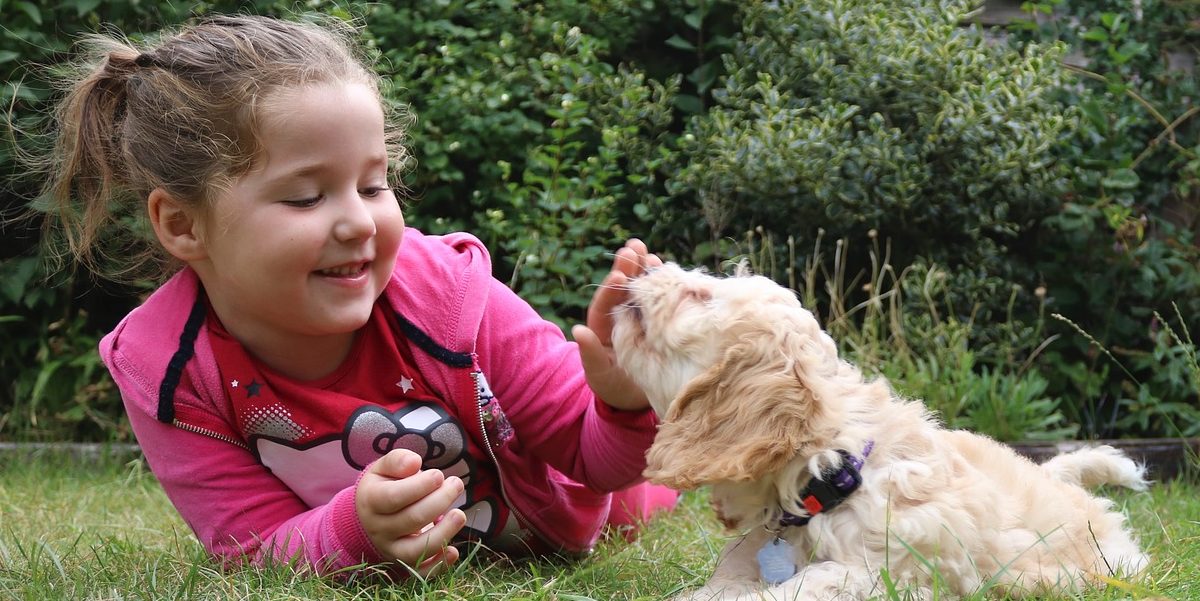 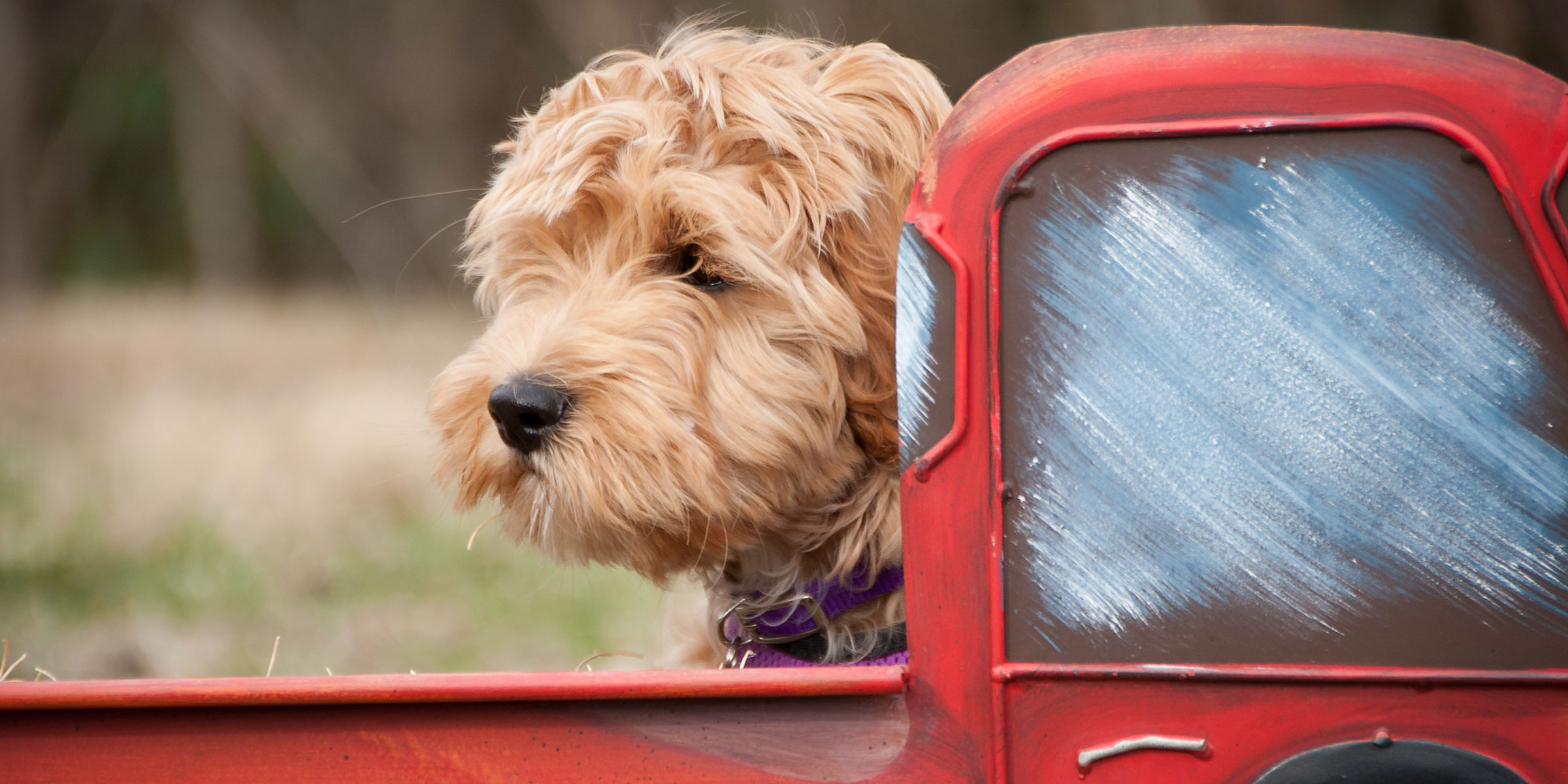 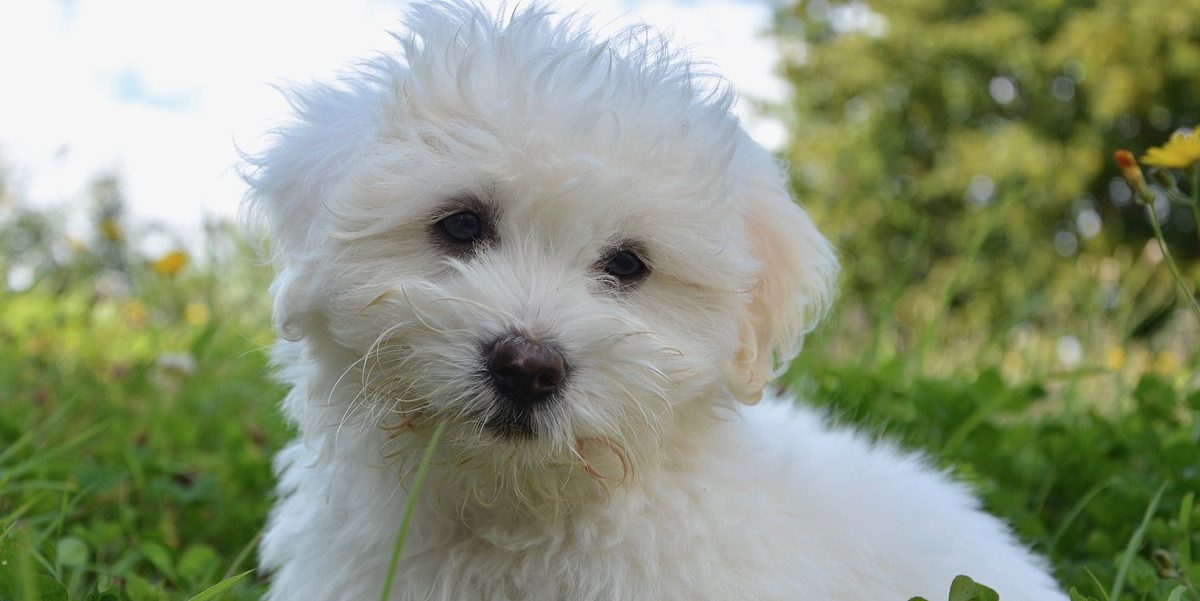 12 Dog Breeds with the Cutest Puppies